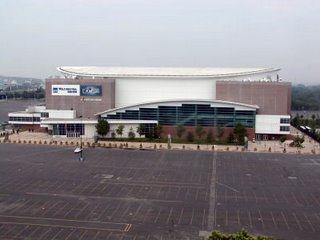 Business Week highlighted Wachovia's efforts at media mix optimization this week. Yes, I know it's mainly B2C, but still it's interesting that this is starting to get attention from the mainstream business press. The article is actually about Jim Garrity, who came from IBM and has focused Wachovia's marketing department pretty relentlessly around measuring ROI. There isn't a lot of detail in the article, but I thought it was worth noting nonetheless.

Garrity does mention that their modeling is a "work in progress," and that if they'd used only the model to allocate marketing, they would have allocated 40% of their budget differently. This isn't surprising--management judgment or "a priori" decisions often trump model outputs, particularly around hard-to-measure channels such as golf sponsorships.

Another interesting point is the subtle distinction between "channel mix"--e.g. broadcast TV vs. events--and "sub-channel mix"--e.g. sports vs. news. I think agencies are still very strong on the latter. They have the models to know which of Wachovia's customers watch what programs and how often. Where they fall down is the more macro "channel mix," largely because of conflicts of interest (why would an agency recommend cutting broadcast TV in favor of events?)

On a final note... I wonder how the Philadelphia Flyer's miserable start has impacted their decision to own the naming rights to the Wachovia Center? Sorry, just couldn't resist.
Posted by Andy Hasselwander at 11:14 AM

About Wachovia's decision model... You were right, they used the second version. I wonder how could Wachovia have grown so rapidly. With its recent merger with several banks in Virginia and Florida, Wachovia added over 1.6 million customers to its existing 5.5 million customers and 12 million accounts.

That's ajust another example of good, high cost management, I guess. It was an interesting review.